A card i bought and sent to myself this summer. 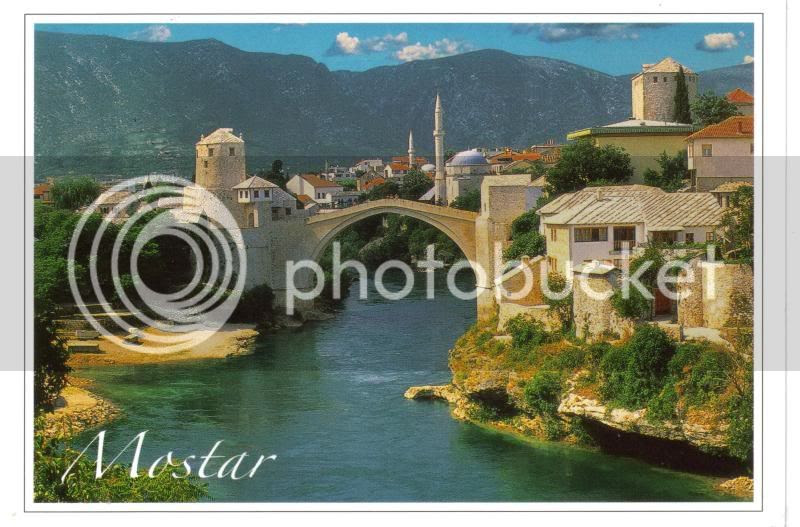 ok, for those of you who dont know...when i went to Montenegro, i also had my whereabouts here and there, and one of my destinations was a one day trip to Mostar...actually Trebinje and Mostar...it was an extremely tiring trip, but more than worth it...and im more than proud with myself for deciding to go instead of spending that day on the beach...i had to wake up at 5:30 in order to be at the station at 6:30....and i had just like 3 or 4 hours of sleep...and was back 'home' at 9 or so in the evening...and i know i crashed into bed immediately...but i was happy...and thats what counted.
There are many things to be talked about regarding that day...and many pictures i took to be shown...but ill leave it for some other time, since i dont have much time right now to get that prepared too..yet, ive been wanting to show this card for so long and always sort of neglected it...so i said that it was about time...with or without photos :)
And yes...this is a UNESCO as well...the bridge itself was destroyed during the war in Bosnia in the 90's...but it had been rebuilt again...so what you see here is the rebuilt version....i also bought a card which shows how the bridge was BEFORE...when i was looking at the cards, the lady who worked there told me herself that i might be interested in the card...so i got that one too...and...well, ill tell you more details with my next Mostar cards...i might make it like a story in chapters actually...and give you a little bit of it with each card...i'll see :) 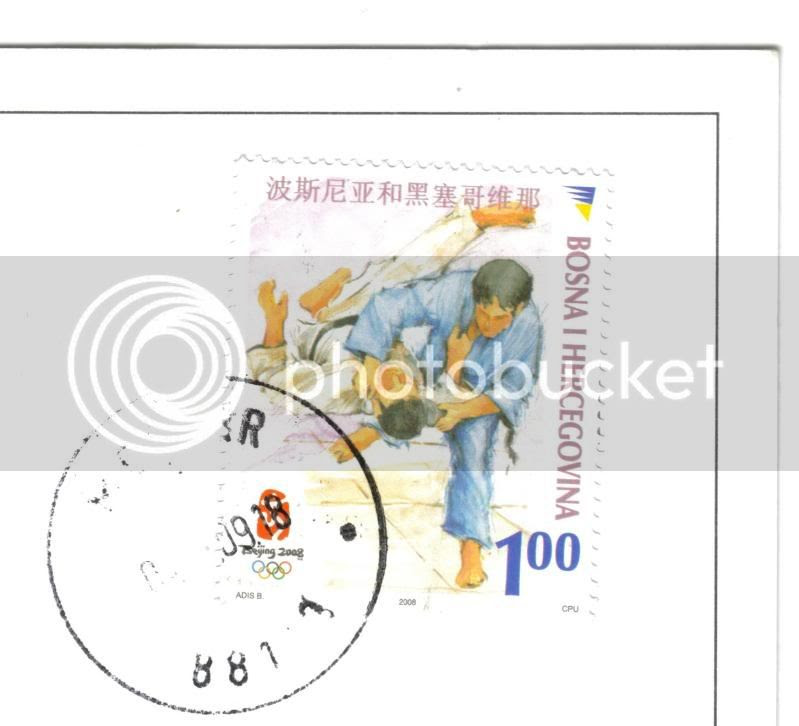 and im thankful to the lady at the post office who had put the nice stamps :)
its from a set of two issued in 2008 regarding the Olympic Games in Beijing
Posted by Ana
Email ThisBlogThis!Share to TwitterShare to FacebookShare to Pinterest
Labels: 2009, Bosnia and Herzegovina, Mostar, postcards, sent by myself, Unesco

I totally love this card! thank you for sending the same to me!