Well, you already know I love Big Bang Theory and even though it is not as fun as it used to be, I still don't miss out an episode. Lately it has actually become like some sort of ritual to enjoy my Friday morning coffee with the latest episodes of both Big Bang, and Young Sheldon. 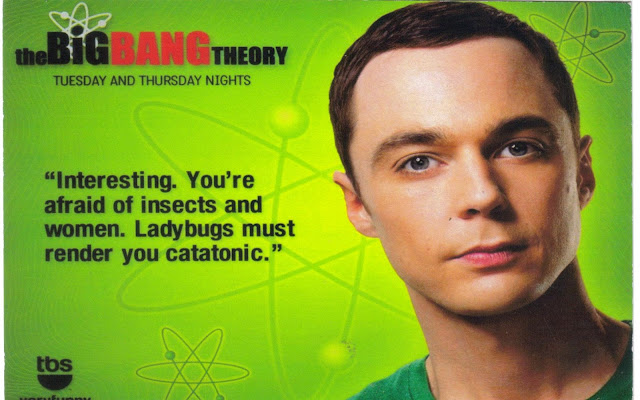 And to a great extent I love the show cos of Sheldon, played by Jim Parsons. It has got to be one of my favourite TV characters ever and I often wish I had a friend like Sheldon. Life would be much for fun, cos regardless how annoying he could get, you just can't not love him! I do know some similarly annoying people but they are far from lovable :)))
I guess I should blame it on his charisma too, for me one of the most charismatic men out there (some other guys on the list would be Morten Harket, Brian Molko, Rafael Nadal and Jean-Benoît Dunckel).

Anyways, there are a lot of hilarious quotes by Sheldon, but the one on the card makes it to top 5 for sure, and that's why I was sooo thrilled when few years ago, one girl had it for swap!