well, apart from the Italian maxi card, some Russian cards of course...well a bunch of them actually....though I still have this feeling that I must have overlooked some :)

if you are not such a Gagarin fan, maybe you love Russian stamps....and this post has plenty of beautiful ones to show...
But before I get down to that, just wanted to show a picture of Yuri's night here in Skopje (it is an event organized throughout the world), and this time it was organized by the Russian Embassy here which I thought would be something spectacular, but was utterly boring but at least I got to meet some of my astronomy buddies and other friends....and at least pose for the picture with Gagarin....thanks to Iskra for the picture :) 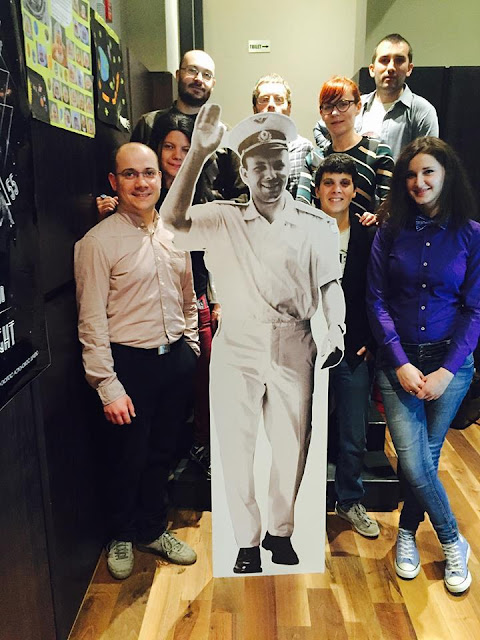 and after the introduction lets get down to the cards....where for some I have NO idea how I have obtained them....yeah, blank cards....and the very first one is of such kind.... 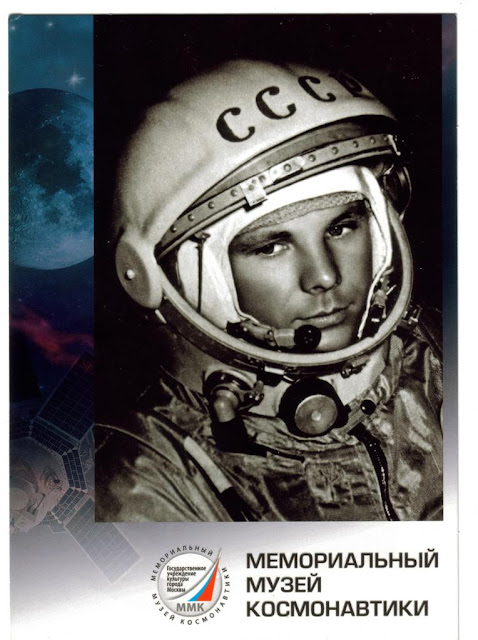 Found it in the 2010 pile, and it says it was issued by the State Institution of culture of Moscow, "The Memorial Museum of Cosmonautics".....other than that, it says "Yuri Gagarin - the first cosmonaut of the planet fulfilled the age-old dream of the Mankind about flight to space. On April 12th, 1961 spacecraft 'Vostok' with Yuri Gagarin on the board, made one Earth orbit and successfully landed. The era of manned space flight has begun.


Now, when it comes to the next one, I have two copies of it, one received for the WOTM in 2012 from Alexandra, and the other one as part of a swap from Ekaterina in...unfortunately I cannot read the cancellation... 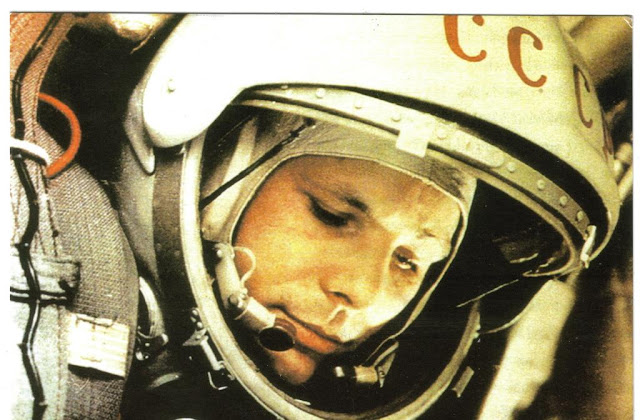 but both are written and stamped, so a few words about the stamps now... 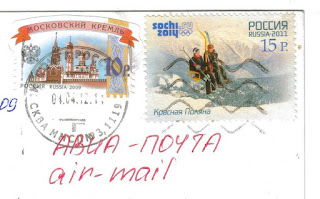 on the first one we have one of the Russian Kremlins' stamps from 2009 (the Moscow Kremlin) and the other one is from a set of 4 stamps issued in 2011, for the Olympic Games in Sochi, showing Krasnaya Polyana, the only ski-resort at the Black Coast. 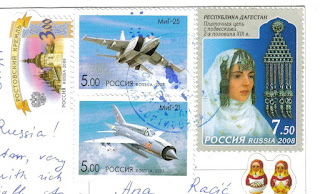 on the other card we have another of the Russian Kremlins' stamps  (the Rostov one) and three more - there are two stamps from the set of 5 issued in 2005, commemorating the 100th Anniversary of the Birth of A.I.Mikoyan...and the one on the right, issued in 2008 in a set of 4 stamps showing the Decorative-Aplied Arts of Dagestan. 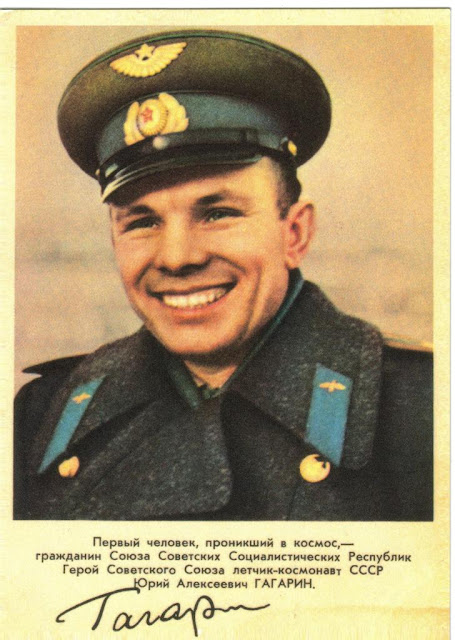 now this one is not a maxi-card, even though at first glance it may seem so... 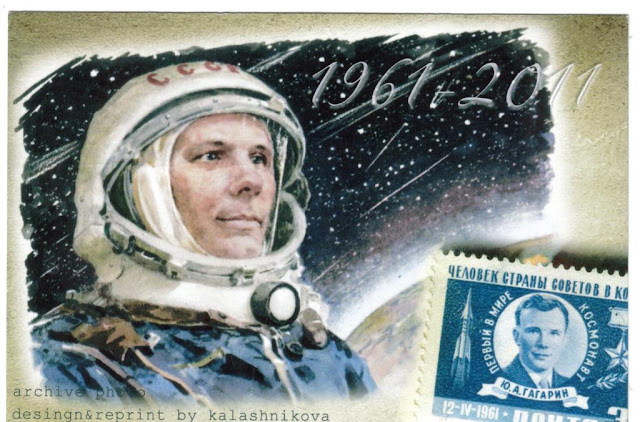 the sender, Natalia, had designed it herself, and she says this was her first designer's experience with a retro photo....well done Natalia!! And thank you for sending it to me! : 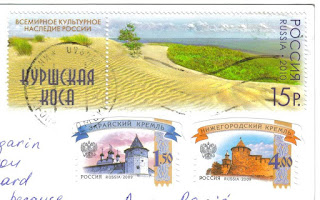 and she used nice stamps too....two more of the Russian Kremlins (haha, maybe by the end of the post I will have them all :P) - here you can see the Zarask Kremlin and the Nizhny Novgorod Kremlin, and also a fantastic stamp issued in 2010, showing the Curonian spit...and if you actually touch it, you can feel the rough sandy-surface!


Next is probably one of the most iconic Gagarin pictures, where he is holding a dove...but in general there is a trend of famous people being photographed with doves, promoting peace and all... 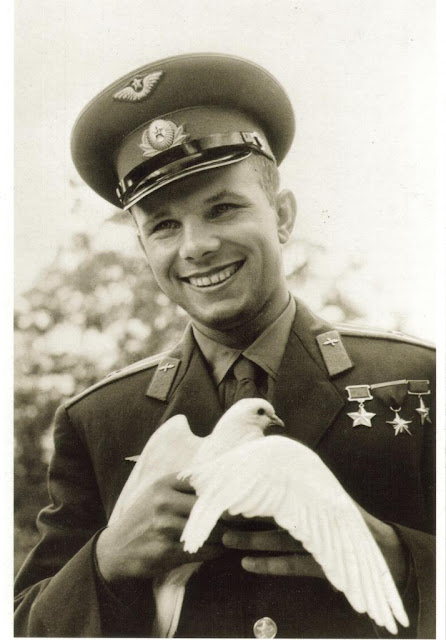 another one with this super-charming Gagarin smile :D 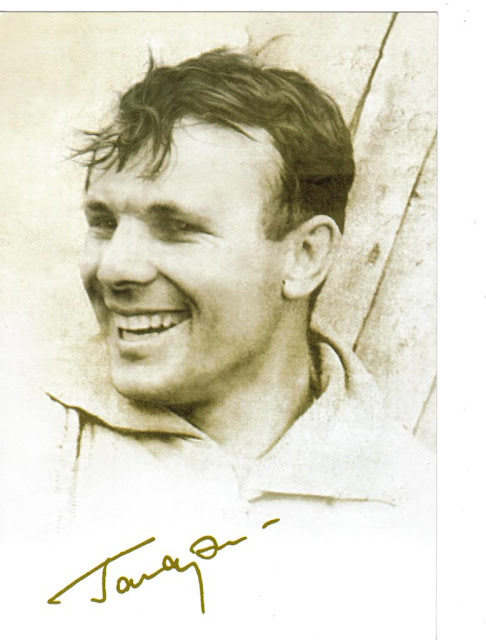 received this one as an official from Elena in 2014 (I also have a blank copy, so if anyone is interested, let me know).

and among the three stamps here, we also have a matching one with Gagarin!!! Issued in 2009, for the 75th anniversary since his birth...we also have one of the 2008 definitives, and one from one of my favourite Russian cartoons with Karlson - it comes from a set of 4 cartoons' stamps issued in 2012.


Ok, i think we are like half-way through, and next comes a card dear Maria sent me in 2010 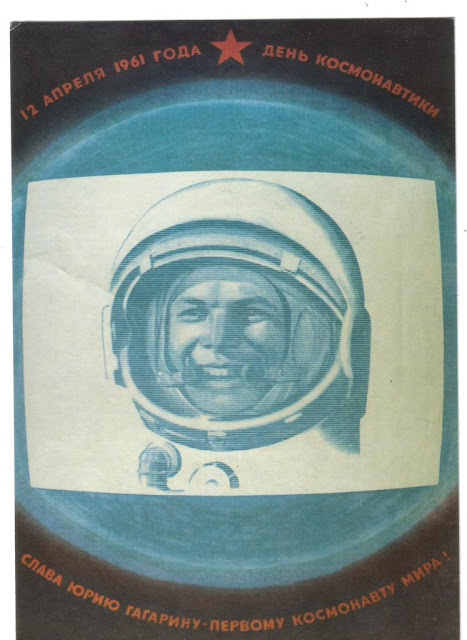 It was indeed issued to commemorate April 12th, and the world's first spaceman! 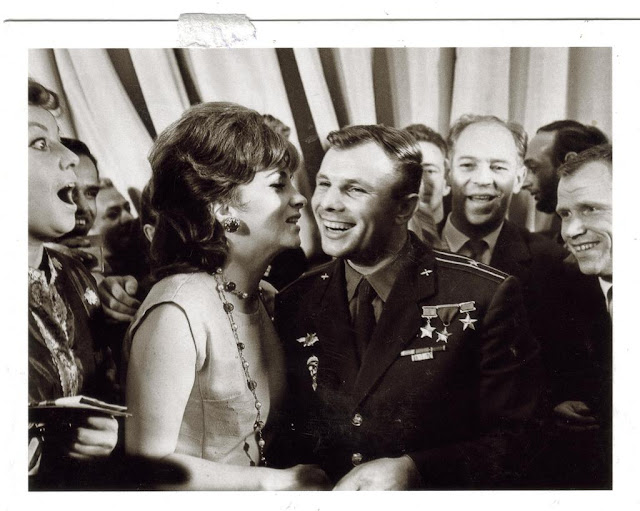 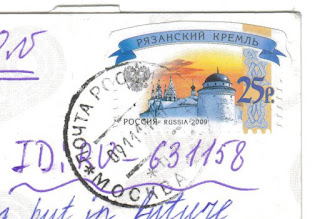 On the stamp you can see another one of the Kremlins - the Ryazan Kremlin. 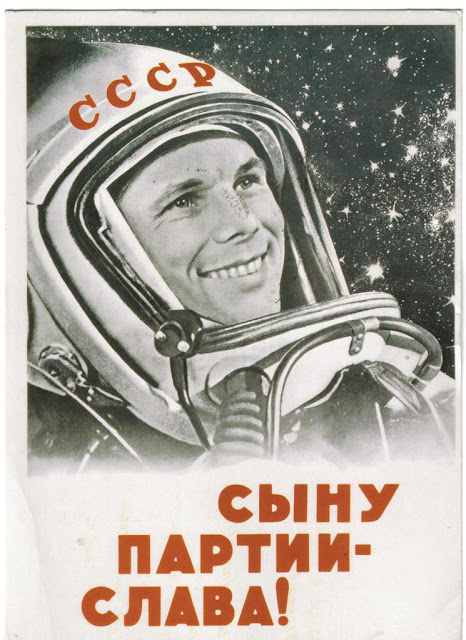 The English translation on the back of the card says "Long Live the Son of the Communist Party"!
I don't know how come the translation has the word 'communist' in it...or maybe it is understandable it refers to the communist party...but I do somewhat disagree with such wilful addition/omission of words.. 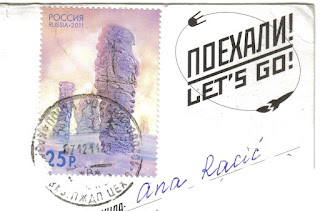 anyways, the card comes with a nice stamp issued in 2011, showing the Pechora-Ilych Nature Reserve.


this next card is from the same series as the one above...an official received last year, sent by Larisa and Anastasia...sisters I guess :) 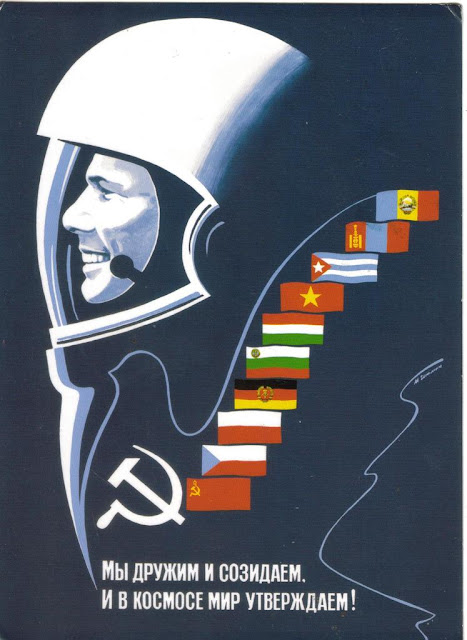 the English translation says, "We are creative and friendly and clever, we're making space to be peaceful forever"!
which word means 'clever' in Russian here?

one more Kremlin stamp :D it shows the Astrakhan Kremlin. There is also one from the 2008 defintivies and one Sochi stamp from the set of 15 issued in 2014, showing all the different disciplines. 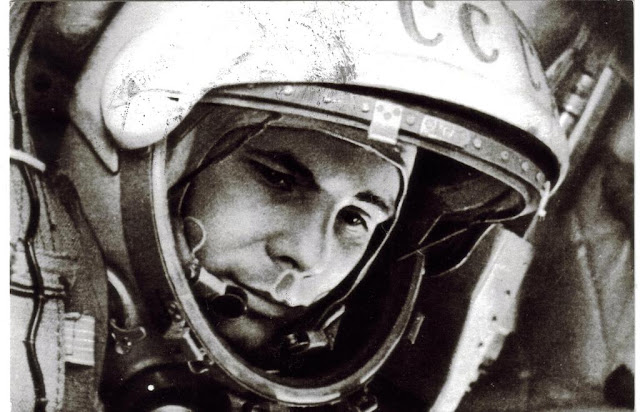 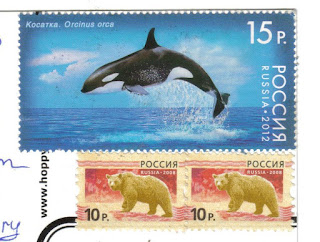 A gorgeous stamp with Orcinus Orca from the set of two whales' stamps issued in 2012....and another 2008 definitive.


And this last card for this post, and today came as a surprise from dear Katya in 2013 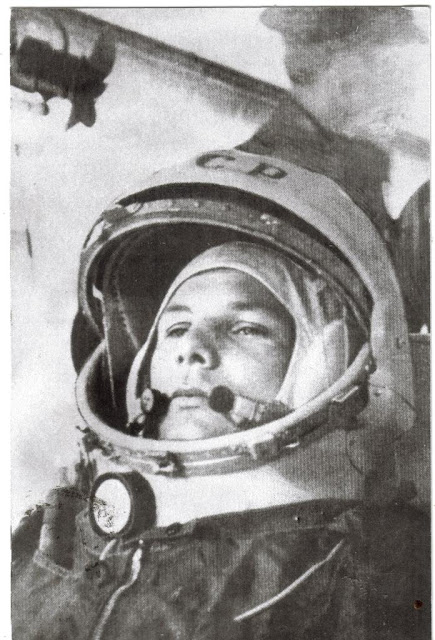 another pensive Gagarin-look....probably before take-off :) 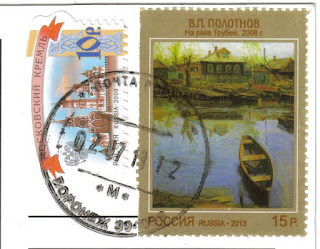 Here you can again see the Moscow Kremlin and another beautiful stamp issued in 2013 in a set of 3 Contemporary Russian Art stamps.


Sorry Yuri for the delay in this post....but I hope it still counts :)

and wishing you all a nice weekend....yeah sorry, that would be all for today, but I just wanted to make one update dedicated to Gagarin...I will try to come back soon with a new regular kind of update...promise! :)
Posted by Ana
Email ThisBlogThis!Share to TwitterShare to FacebookShare to Pinterest
Labels: 2010, 2011, 2012, 2013, 2014, 2015, Favourites RR, lottery, officials, Russia, swap, wishlist tag, WOTM, Yuri Gagarin

Great selecting!
Thanks for sharing.
If you like Gagarin stuff you should also check: www.facebook.com/roadtogagarin/

You have quite a collection!
I'm not a Gagarin fan, but I enjoyed your post anyway.

Sorry about the interview... :/