ok, one more card for today, sent by a long-absent postcrosser, but thanks to FB, I know he is doing just fine =) 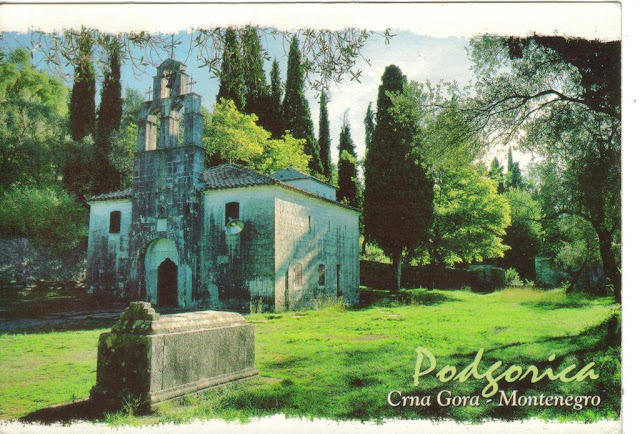 The card shows the Church of St. George, which is the oldest Orthodox church in Podgorica, located at the foot of Gorica Hill, (that the town was named after). It was built between IX and XI century. During the turbulent history it had several repairs and rebuildings, so that its original look has not been fully preserved. The inside is decorated with frescoes that are the work of an anonymous artists. 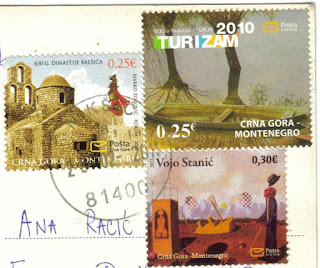 Rajko used 3 nice stamps on this card...the two at the top were issued in 2010...the left one commemorates the 650th Anniversary of the Balsic Dinasty, while the other one is from a set of four Tourism stamps.
The bottom stamp was issued in 2011 in a set of two Art stamps (this one shows a painting by Vojo Stanić, a a Montenegrin painter and sculptor).

So, that would be all for today folks! Till next time...
Posted by Ana
Email ThisBlogThis!Share to TwitterShare to FacebookShare to Pinterest
Labels: 2011, churches and monasteries, EX YU RR, Montenegro, Podgorica